Ms. Ana Laura Perez is 25 years old and attends El Centro College majoring in Education. She will be transferring to the University of North Texas. Ana has been working at Kids U and serving with AmeriCorps for a little over a year.

When asked why she chose Kids-U to work for Ana replied “When I was younger I received help from mentors and others, and I wanted to help children. I wanted to repay my community for what they did for me when I was younger.” The best thing about her job is the children!

Ana plans to teach middle school upon graduation or has even thought about starting her own non-profit like Kids-U. Ana says the biggest take-away from working at Kids-U is that the students have taught her confidence and patience.

Andrew is 12 years old and attends Thomas Tolbert Elementary School in DISD. He has been attending the [email protected] since it opened a little over a year ago.

When asked who he admired the most Andrew replied “I admire and respect my mother, because she is an outstanding provider and protector.” Andrew has 3 siblings Amaya age 2, Anderson age 7 & Adrian age 11. 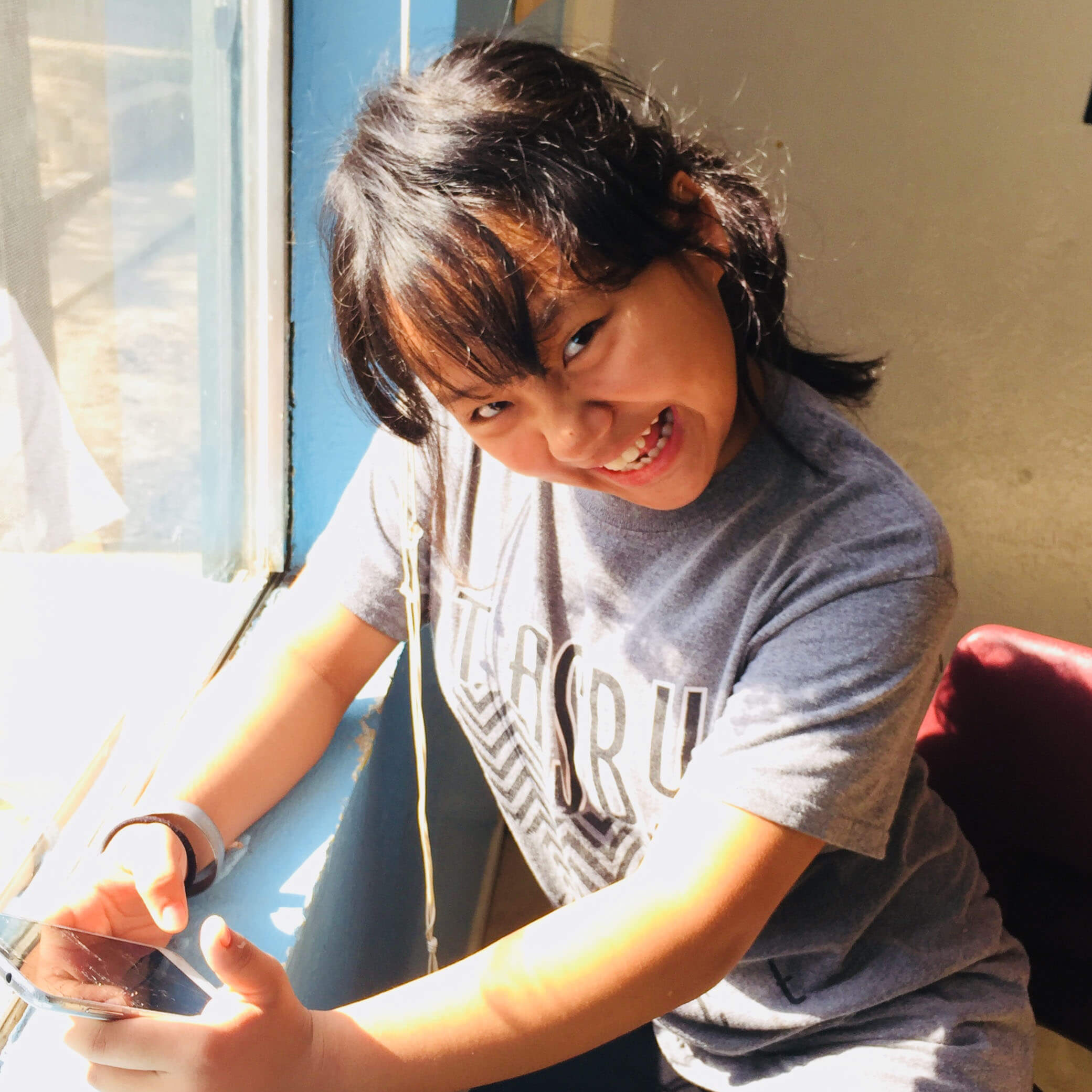 Naing is twelve years old and is in the 7th grade at Sam Tasby Middle School.  Naing attends the [email protected] Center located in Vickery Meadows.  She has attended the Towne Center Kids-U for the past four years.

Naing’s favorite subjects are math and dance.  When asked why, she stated, “I enjoy math because it is easy to solve when you know all the steps and I get good grades. I enjoy dance because it is really fun to dance and it makes me happy.”

Attending Kids-U for four years, Naing was asked what is her favorite thing about Kids-U: “My favorite thing is that all my friends are here, and we get to go outside and have free time. I come to Kids-U because sitting at home is boring and I enjoy spending time with my friends.”  When asked what she liked to do most outside of Kids-U, she said she likes to play on the computer and her phone; she also enjoys “listening to K-Pop and dancing with my friends.”

When asked whom she admires the most, Naing said her dad.  “He takes care of us and he works really hard to give us all the things he wants us to have. I see how tired he can get from working so hard and it makes me very proud of him.” Naing has three siblings, ages 13, 15 & 18.

Orlando Velazquez was an Academic Coach this past summer at our [email protected]  He is currently a senior at Bryan Adams High School. The most amazing thing about Orlando is that he attended [email protected] when he was in elementary school for three years.

When asked what he remembered about Kids-U as a child, he stated, “I can remember that it was very helpful.  The coaches were good tutors. They were great with helping me with homework.”

Even though he didn’t like doing academic activities during the summer, Orlando said, “I still remember working on school work during the summer and the great thing is now I am more apt to do that.”

“I feel like Kids-U helped me academically, made me a better student.  I am a lot more engaged than I thought I would be.” He still has habits of looking back at Kids-U.  His favorite memories were the Christmas party, the staff (especially Ben and Mr. B), and all the friends he made.

As an Academic Coach for Kids-U, he said his experience added elements of maturity for him.  It influenced his behavior with the kids. He said he brought games that he played almost ten years ago at Kids-U when he attended.  He said the kids loved them as much as he did. His favorite memory of this summer was when they had a water day with water balloons and squirt guns.

“As an Academic Coach…it was a huge responsibility.”  Orlando relied on his memories as a child at Kids-U and wanted to make the experience just as great for the current children.  His summer as an Academic Coach wasn’t nearly as fun as being a fancy-free child, though! He stated, “I really couldn’t play board games as much as I wanted to because I had to make sure I was supervising all of the children in my care.”

Orlando is completing his senior year at Bryan Adams High School  and plans to go to college.  He’s not sure if he will go straight to a four-year college or begin his higher-education journey at a community college.  He does plan to attend a school in Texas.